This time is the perfect time to awaken. There is no other time.

Zen practice is deceptive in its simplicity. The power of sitting quietly in meditation (zazen) can transform our perception from one of separateness to one of intimacy and unity. There is a great joy and peace in closing the gap between our self and others, between our self and the natural world. In the end we are just one interdependent, magnificent and mysterious whole. Although zazen is simple, our confused thoughts are complex and many, and because of this there are many teachings to help us undo the dualistic thoughts we carry. With a foundation in zazen we can study and integrate the profound teachings of Shakyamuni Buddha and his disciples who have carried the teachings forward to this time.

Reverend Neti Mushin Parekh began her formal Zen practice in 1995 in Sydney Australia, training with Subhana Barzaghi Roshi in the Diamond Sangha Tradition. The Diamond Sangha combines both the Soto tradition of shikantaza (just sitting), with the rigorous koan training of the Rinzai tradition. In 2001 Neti moved to the United States and continued her koan training with Daniel Terragno Roshi. In 2009 she was authorized to teach in that lineage. In 2012 she began training in Santa Cruz California with Rev. Kokyo Henkel in the Soto Zen lineage of Shunryu Suzuki Roshi. She ordained as a priest in 2017 and was given full transmission as a Soto Zen Teacher in 2021. On completion of this training she returned to Australia to establish a combined Soto Zen/Diamond Sangha Community in Canberra. The newly formed Twining Vines Zen Centre is located in Fraser, Canberra. 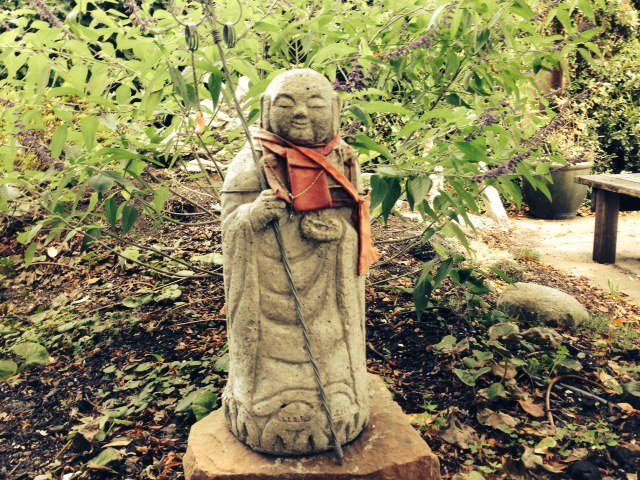 Followed by discussion.
6 am Canberra time Monday to Saturday (11am Sunday to Friday California time)

Zazen on Zoom starting at 6:30pm followed by a sutra service which concludes at 7:30pm.

Join us for Zazen at 10am Canberra time followed by a Dharma talk and discussion at 10:45am and ending 11:30am. (California time: Zazen 3pm Saturday, Talk 3:45)

We hold bi-monthly Zazenkai usually on the fourth Sunday of every second month. Zazenkai is held in person and online, starting at 9am and concluding at 4pm.

Please use the Zendo link for all group meeting such as zazen, dharma talks, classes and sutra services.

Use the Private link for one-on-one meetings, such as dokusan and therapy. 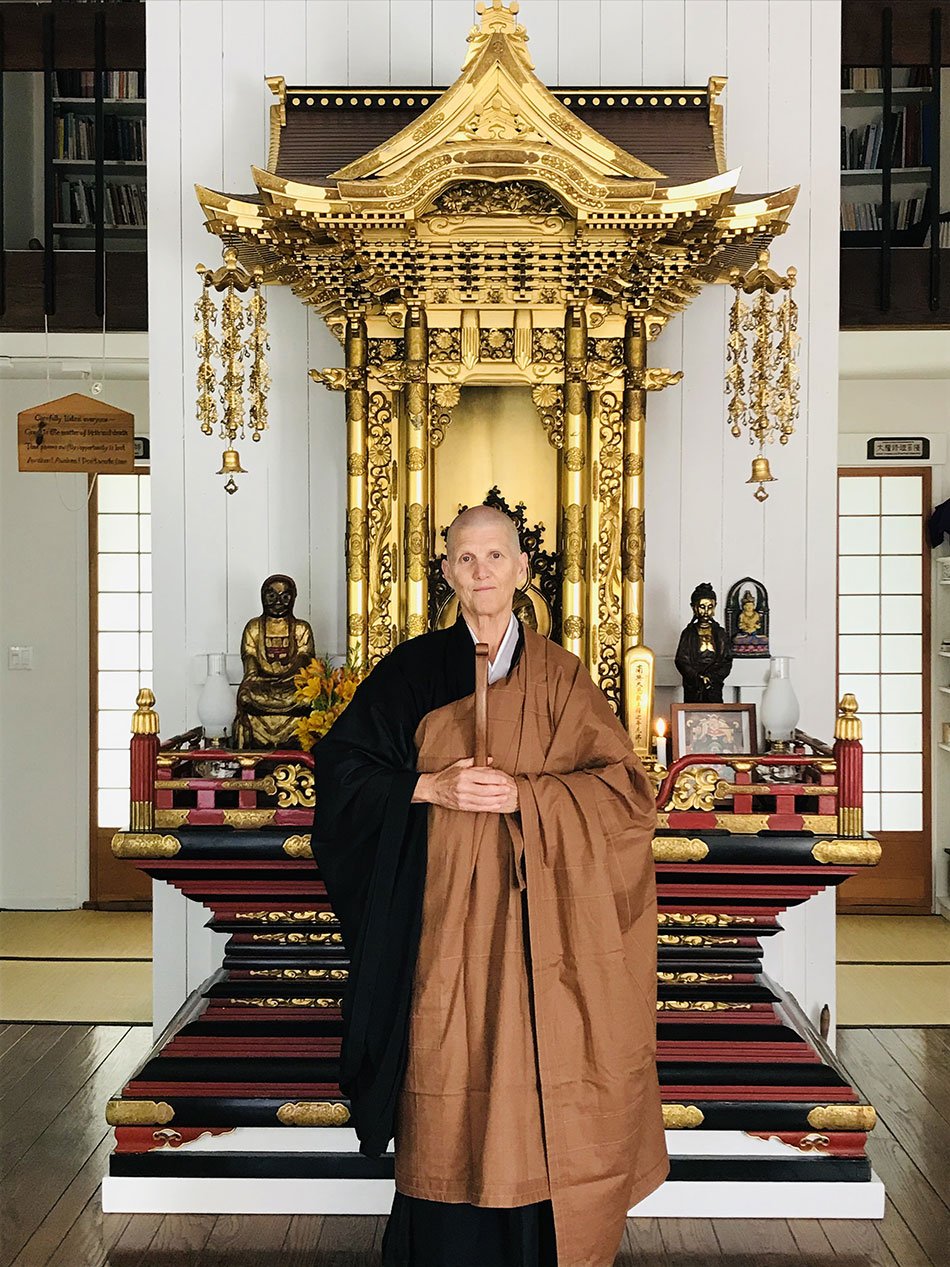 Neti Mushin Parekh at No Abode Zendo in California 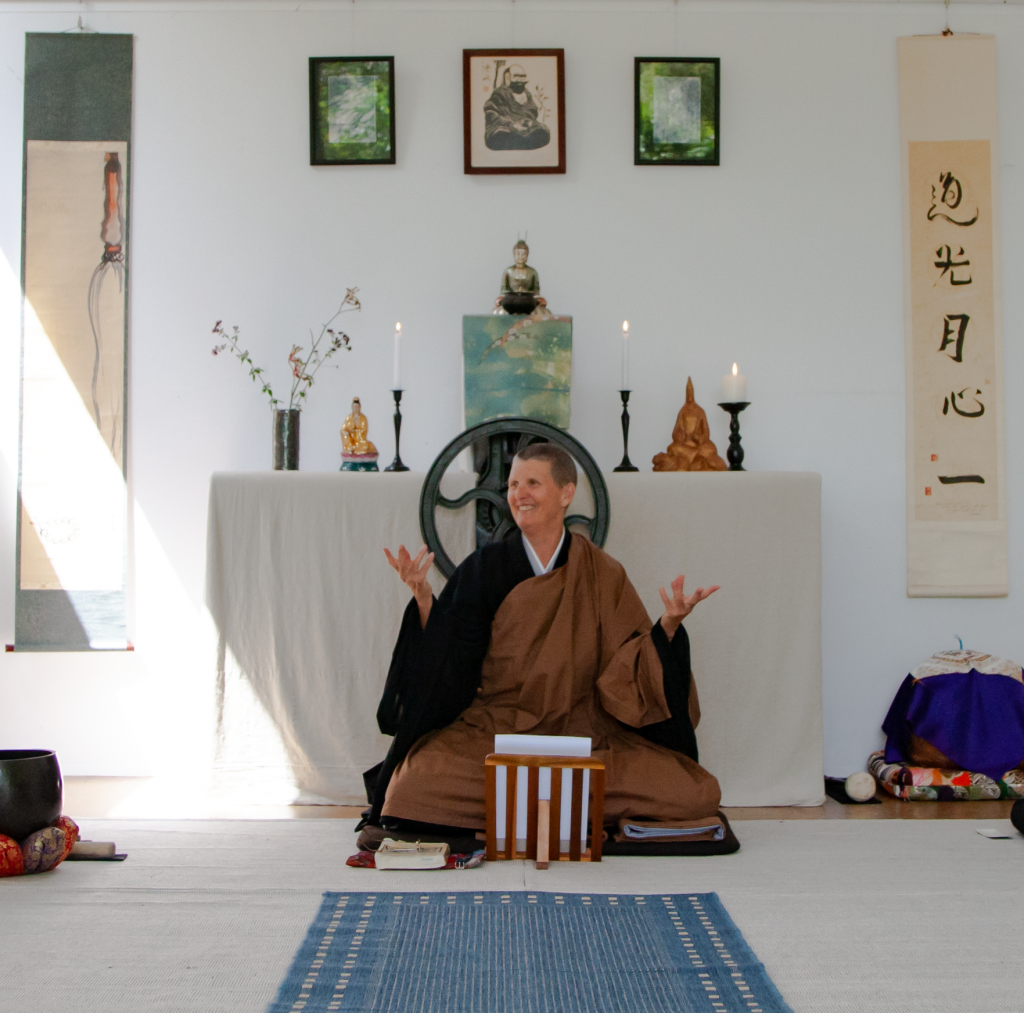 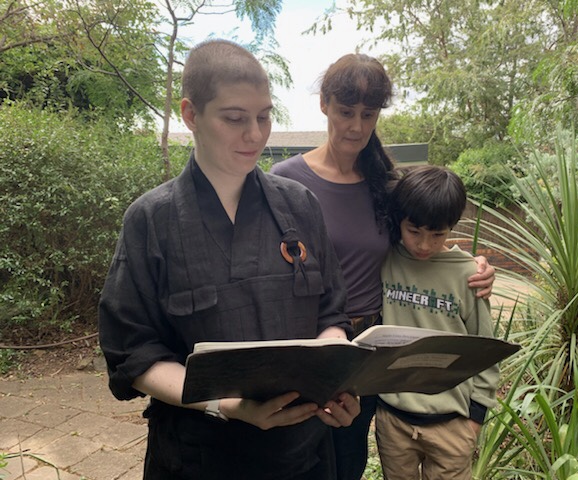 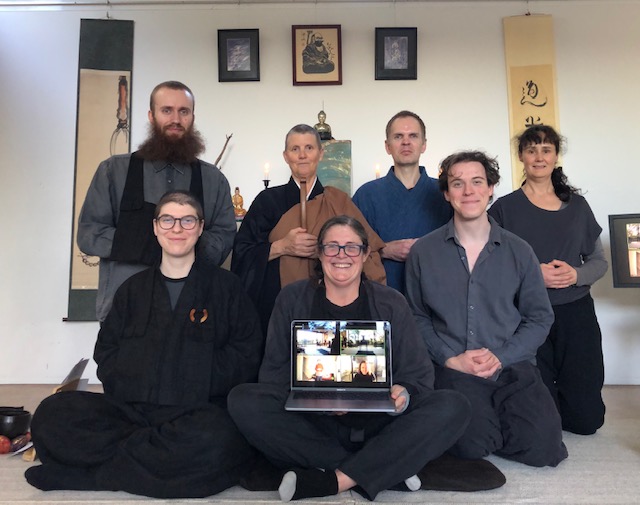 "With our thoughts we make the world."