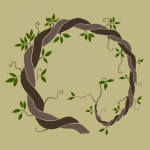 Neti Parekh gives a dharma talk about fear, parenting and interbeing, reading from and commenting on one of Thich Nhat Hanh’s books.